What are Contributed Images ?

Contributed images are public images that are contributed by the Nectar community members with a higher level of Quality Assurance (QA) than general public images. These images are expected to have a broader audience and provides Quality Assurance by fulfilling a standard criteria. For instance, research groups/organisations can host their customised images on Nectar, making it easily accessible and integrable on computational workflows running across the Nectar ecosystem. They are available in the Images tab of the Nectar dashboard.

How can I create a Contributed Image ?

Contributed images are created in the same way as general public images, however they should meet the quality assurance criteria set by Nectar. A Contributed status promotion request of public image is submitted by the owner through a helpdesk ticket. Nectar will be notified of the promotion request and perform quality assurance tests and reviews on the image. Once the public image passed the tests and review checks, it will be moved to the Contributed Image project maintained by Nectar.

Once a Contributed image has been promoted it will automatically expire after 6 months from the day it was promoted. Image creators are encouraged to resubmit an updated image to ensure their image contributed status.  Also, it is the responsibility of the creator to maintain the quality of the contributed image, including promptly addressing security issues.

You can check the image properties by clicking on its name in the images tab of the dashboard. 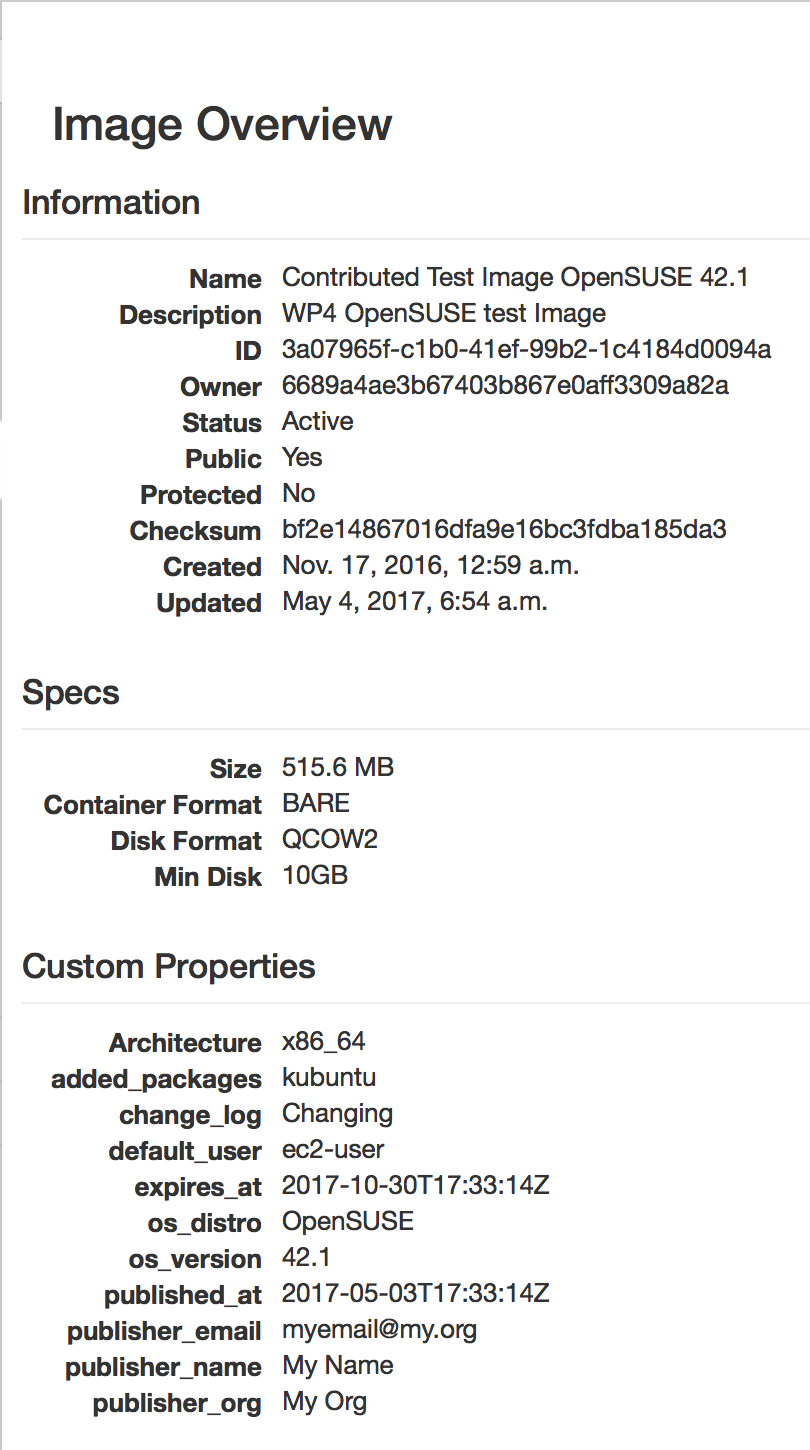 Setting Image Properties from the dashboard:

Glance image properties can be updated in the nectar dashboard by clicking "Update Metadata" in the Actions dropdown menu for the image. 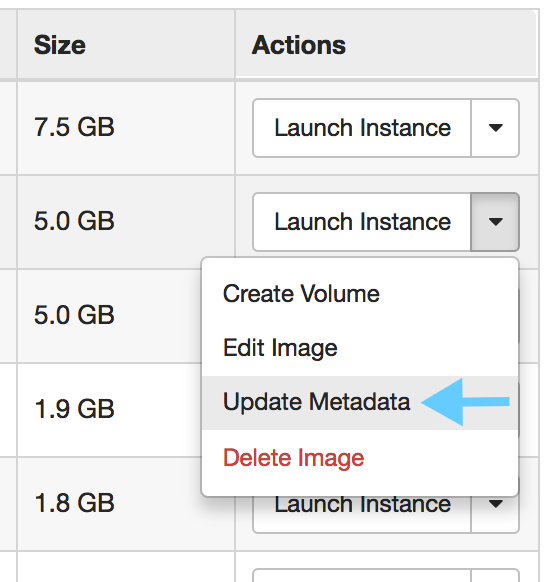 In the "Custom" field, type the property name and click the " + ". The field will appear on the right hand side, where you can enter the value for that property. Click "save" when complete. 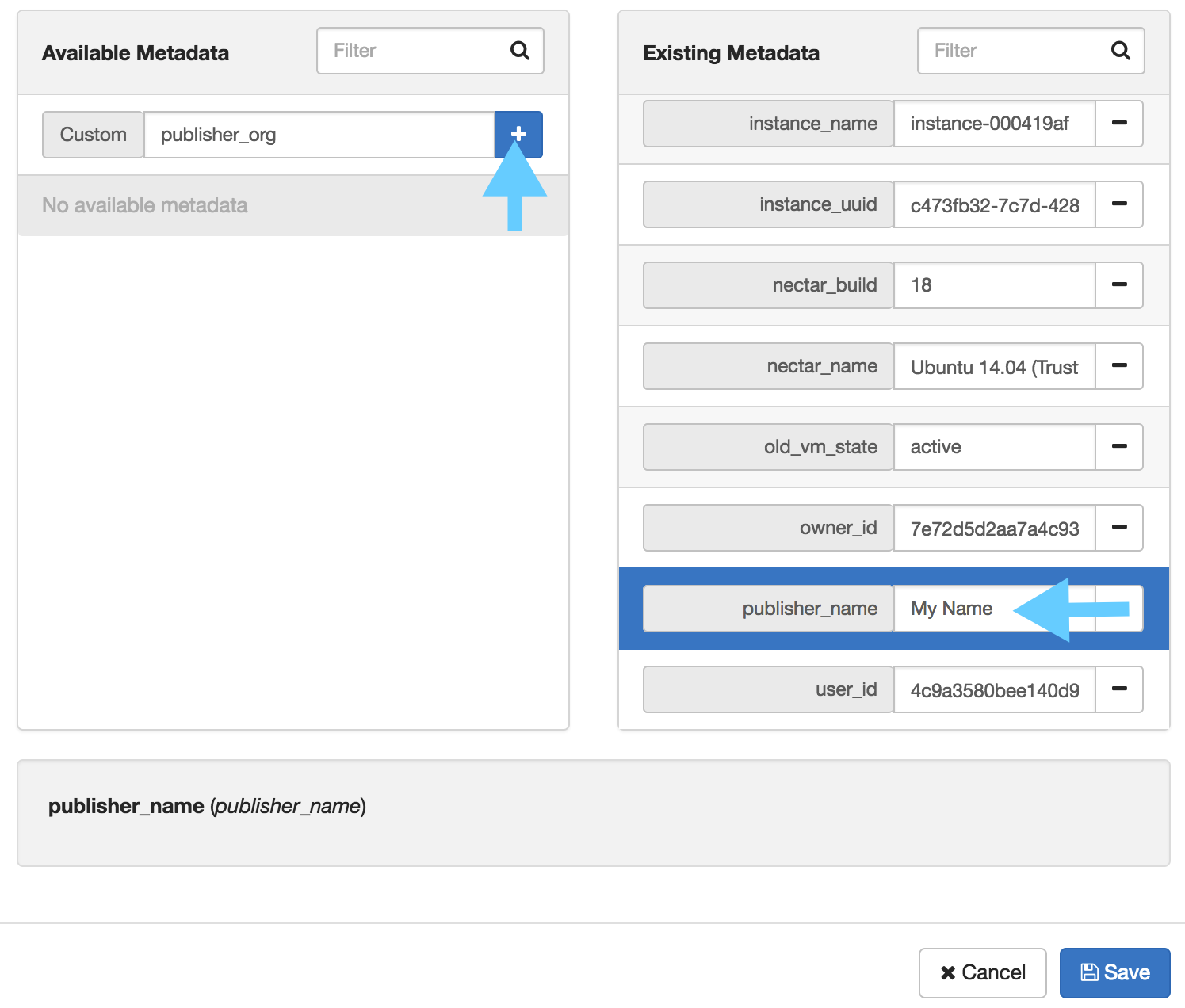 Note: Nectar reserves the right to downgrade an Image from Contributed to Public if these requirements are not met.

How can I demote a Contributed Image ?

How can I renew my Contributed image ?

How does a Contributed Image get archived ?