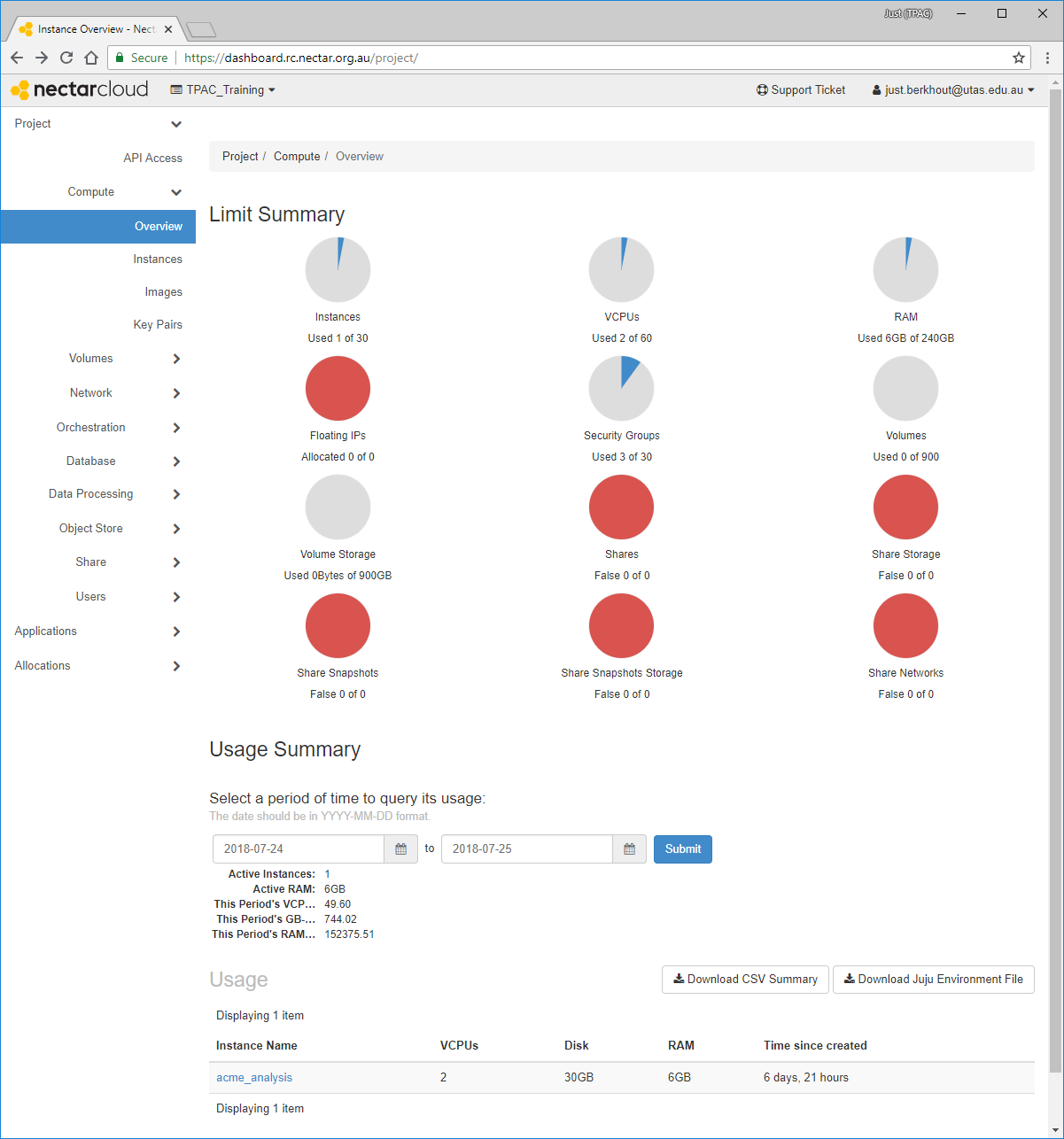 The navigation panel on the left hand side of the dashboard gives access to most of the Nectar OpenStack features and is organised in three levels. A complete list of all the options available in the navigation panel is shown in the table below.

The Launch Instance Dialog, the tabbed window that used to launch instances, is now presented as a Wizard. You can still access the Launch Instance Dialog from the familiar locations on the Instances page and the Images page. The wizard format makes it much harder to forget to select your key pair, and provides a unified way for searching, browsing and choosing an image, flavor, key and security groups. 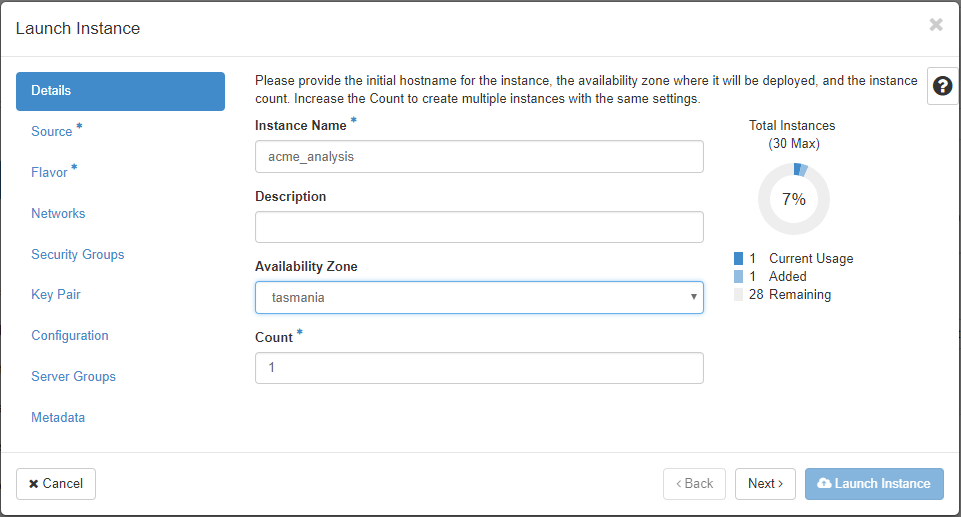 The new dashboard has introduced some changes to the image service. Over time there has been a huge growth in the number of Virtual Machine images being shared on on the Nectar Research Cloud. As the number of public images increases, listing them on the dashboard and through the CLI tools has become slower. In the new Dashboard we've made a change to how images are listed.

The Nectar image service now supports a new image visibility called "community" so we have switched images set as "public" by our users over to this new "Community" visibility. Nectar Official images will now be the only  "Public" Images in the new dashboard.

In the old dashboard when you listed images through the dashboard or the Glance and OpenStack CLI tools, all images available to you were listed, including all images that were owned by you, shared with you, Nectar official images and public images created by other users.

In the new dashboard, the images that have been made public by other Nectar Research Cloud users (Community Images) will not be shown by default. You’ll still see your own images, images shared with you by other projects and Public (Nectar official) images.

To view the the Community images, you can use the Visibility filter on the dashboard, and select Community,

You can also provide the appropriate command line option to the CLI tool. You can use the visibility filter to view Public, Private and Shared with Project images.

We recommend using python-glanceclient for this. You can pass the --visibility=community command line argument to list community images:

You can also set an image you own to become a community image using:

The OpenStack Client tool currently does not support listing community images, but support for this has recently been added to the source code. In a future release, you will be able to  simply pass the --community argument. 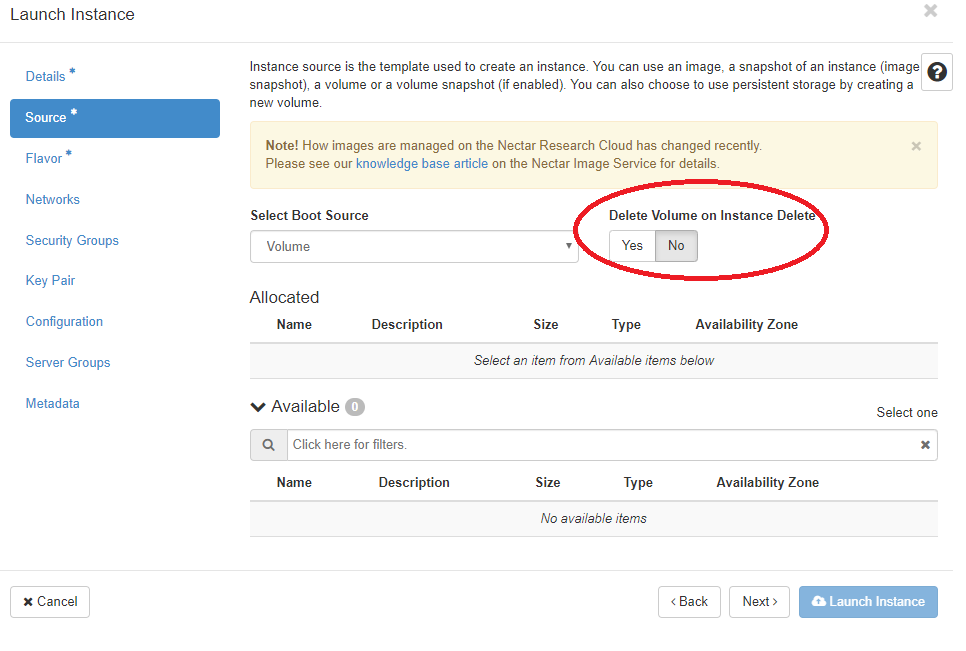 A new addition to the Nectar Dashboard is Load Balancer as a Service (LBaaS). You'll find it grouped with the other network features under Project in the navigation panel. The Data Processing and Shared Filesystem Services are no longer in beta and have been released in the Nectar Cloud environment with the new dashboard.

The new dashboard adds a user-friendly, drag and drop interface for generating Heat Orchestration templates, under Orchestration in the navigation panel. Note that template Import/Export functions are not implemented in the current dashboard release.