The purpose of this document is to explain the differences between the options, so you can choose the best source for your new instance. 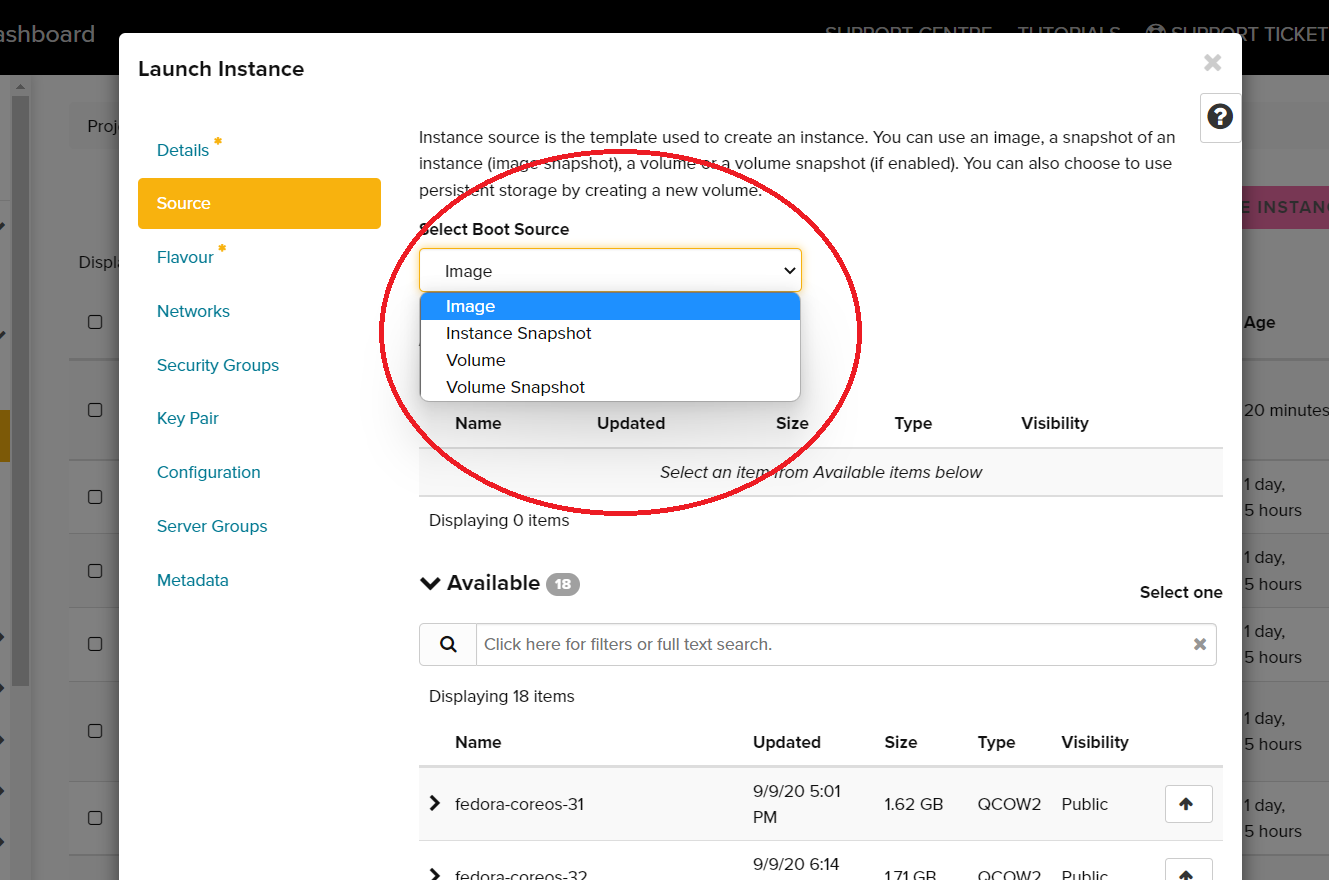 Due to the different implementations of the boot source types, Image and Instance Snapshot behave fairly similar to each other, but differently to the Volume and Volume Snapshot. The difference will be seen in what happens at instance deletion. The below lists what will happen to the boot source after deleting an instance:

The volume source types are only relevant in projects which have volume storage quota. There is more about this type of quota in the following documentation: