On the Instances page on your Nectar dashboard you'll find a list of instances that you or other members of your project have running. On the right hand side beside each instance you'll find a Menu Button. We call it the Instance Action Menu Button. Clicking the button-face of it will perform the action that's indicated on the button-face. Clicking the Menu-face of it (

) will show a Menu of Actions you can perform on the associated instance. This page describes each of these actions in some detail, and refers to further information if necessary. 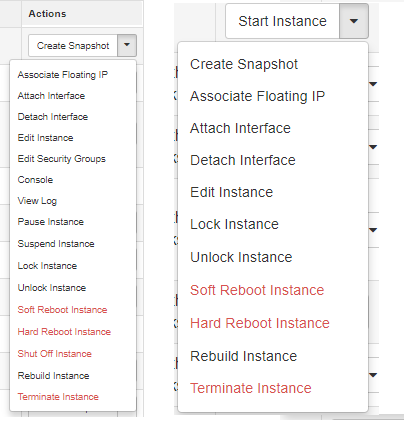 Fig.1 Examples of how the Instance Action Menu Button can appear in
your Nectar OpenStack dashboard

Some availability zones now offer  'Floating IPs': the Nectar OpenStack way of giving you  'fixed/static' ip addresses. You can read about it in our article about Private Networks, which describes requesting Floating IP quota and attaching Floating IPs to, and detaching them from your instances.

This is an OpenStack networking feature. Learn more about interfaces and private networking in our article about Private Networks.

This is an OpenStack networking feature. Learn more about interfaces and private networking in our article about Private Networks.

This option allows you to access the instance via the VNC console in the web browser.

This option shows the boot messages that normally displayed on the standard output (monitor). This is useful for debugging.

This action temporarily pauses the state of a running instance, it is useful for taking a snapshot.

This action stops a running instance. The difference between pause and suspend is that pause is only for a short period and all resources bound to an instance are still available, while suspend is for long-term and resources may be detached.

The instance will be "locked" from receiving any other commands on the list e.g. termination, shut off, start. The project administrator can lock an instance to prevent other users in a project from doing those commands. The instance can still be accessed and used as usual.

Unlocks the instance after it has been locked.

This action allows users to reboot the running instance.

This option shuts your instance off, but leaves it intact. You can restart your instance again, either from the dashboard, or using other Nectar OpenStack control tools. The resources associated with your instance remain tied up with it.

Use this option if you need to relaunch the instance with a different image, but would like to retain the IP address and flavor (specifications).

This option instructs Nectar OpenStack to terminate your instance. Your instance will cease to exist, and cannot be recovered. Any attached Persistent Volume stores will be detached (but will remain in your project). Any of your data on either the root disk (system disk) or the ephemeral disk is irretrievably deleted. The resources associated with your instance will be freed up.

When your instance is in "Stopped" state ("shut off"), this option is available (and usually the default option for the Button part of the Instance Action Menu Button). Using will instruct OpenStack to start the instance.